Music in Mossley Hill Church is a much appreciated and a fundamental part of our worship. We have always had a choir and a wonderful tradition of organ music. In recent years we have seen our family service develop and grow with the addition of a wide variety of contemporary music using music videos. 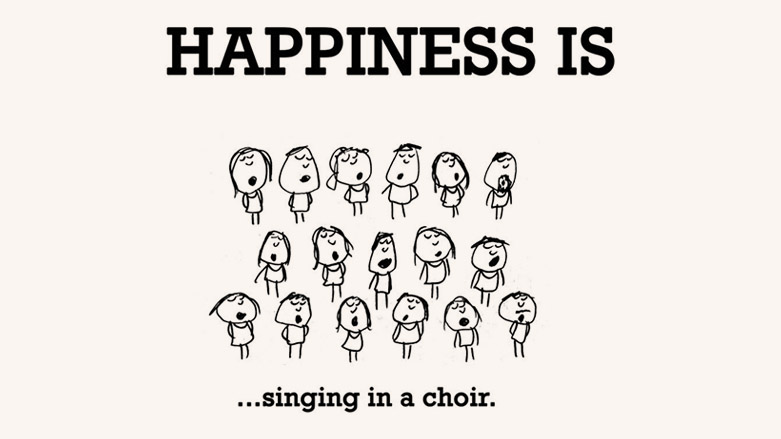 There has been a choir at Mossley Hill Church since 1874.

We have a large and comprehensive repertoire of choral music which is sung at parish services and weddings. We enjoy singing at choral services which includes Choral Evensong at 4pm on the 3rd Sunday of the month.

The Mossley Hill Choir is also part of the Liverpool Festival Choir which sings for charity several times each year usually at other churches.

We would always love to have new singers join us.

We find that music videos from Christian bands such as Rend Collective, Mercy Me, King and Country and music from Hillsong plus other musicians such as Lauren Daigle, Chris Tamblin and Matt Redman prove to be a wonderful way to focus our worship and praise.

Our families enjoy the interaction that can come from this way to share Gods word. The noisy songs generate enthusiasm and those that are reflective are a wonderful way touch peoples hearts.

One of our favourites is Rend Collective My Lighthouse .in our Family service 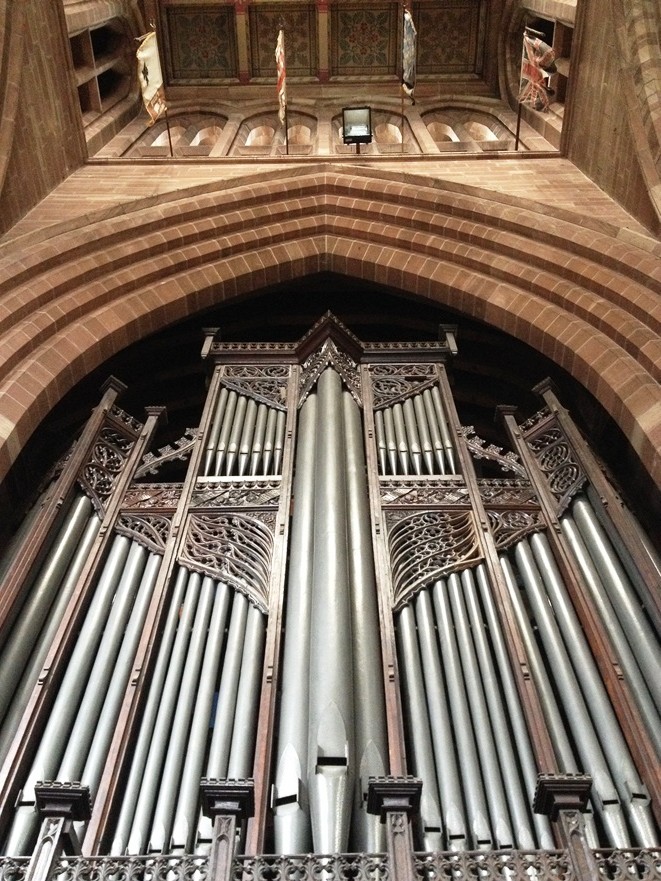 The Organ here in Mossley Hill Church was designed and constructed for the opening of the church in 1874 by ‘Father’ Henry Willis who was at the time, regarded as the greatest English organ builder.

In 1874, the organ was slightly smaller than it is today and was hand-blown taking two people to provide the wind. The stops were arranged in two columns on both sides of the console and were the large rose wood type, stretching the entire height of the console. The action was mechanical and the choir organ un-enclosed.

In 1908 electricity became available to the church. A large organ blowing chamber was built outside the church next to the organ chamber at the north east corner to house the new huge double rise bellows, feeders, electric motor and crank shafts. This apparatus has now been replaced with a belt driven 7½ hp rotary blower. A second smaller booster blower was installed in 1980 at the back of the organ chamber to provide the 18” wind pressure needed for the 8’ Tuba stop. It was, back in 1908, the first organ in the city to be blown by electricity.

The organ is contained in a free standing architectural organ case designed by Paley & Austin and is situated in a tall organ chamber on the north side of the chancel. Being built on the vertical i.e. most of the departments of the organ are built on top of each other, resulting in the organ actually filling the entire chamber from floor to ceiling. Prior to the 1937 restoration of the organ, the instrument was lower in the chamber and the 1874 console on the floor at ground level behind the choir stalls. Sadly the organ case has always been pushed back behind the arch of the chamber, though it is designed to be forward of the arch.

In the 1937 re-build, the entire organ case, one of the largest by Paley & Austin, with the huge central tower of Violone pipes was raised up within the arch of the chamber. The new Willis III console was also elevated to stand above the choir stalls in a small loft. Before this, the organist would have seen very little once the choir had entered the stalls. At this time the Choir Organ was enclosed and the action was replaced with tubular pneumatics.

In August 1940 three years after the organs first re-build, disaster struck when the church was hit at the West End of the nave by a German bomb. Fortunately, the organ suffered only blast-damage to its caseworkt and was taken away to be repaired then re-built into the church in 1945 once the East End of the church had been restored.

In 1964 a new electric action replaced the tubular pneumatic action. The organ was cleaned and overhauled.

In 1980/81 the organ was given an extensive re-build by S. Reeves of Liverpool when the action was changed to electro-pneumatic and the tonal scheme of this great instrument completed. A two manual nave console with a number of Pedal, Great and Swell stops was added and situated near the top of the south aisle to enable part of the organ to be played from the nave adding to the organ’s flexibility.

In 2001 the piston system was extended to 8 pistons per department including a transfer stop enabling the three heavy pressure Swell reeds 16ft, 8ft & 4ft to become Pedal stops on demand thus furthering the already extensive tonal and musical capabilities of the organ.

The organ today is regarded by many as a world class instrument and one of the finest organs in the country. The sound of this instrument and its tonal resources make it both an excellent liturgical and recital organ as it possesses the tonal resources needed for inspiring choral and service accompaniment along with playing all periods of organ music.